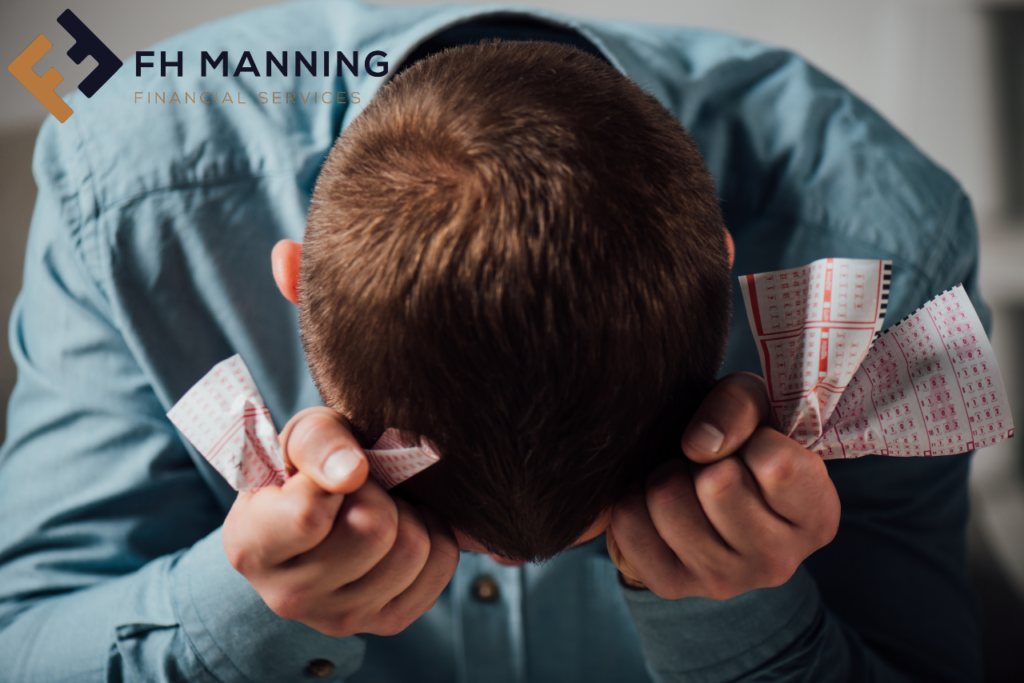 And you think you are going to win the lottery !?

Every face in the room is smiling and cameras are flashing at a rapid pace. A person who was completely anonymous yesterday is suddenly holding a giant novelty cheque that indicates that they have won a huge sum of money on the lottery. That individual is generally interviewed after the photoshoot about what they plan to do with their winnings. They talk of holidays, retirement, and fulfilling life goals they have had in mind for a very long time. It all sounds like the perfect situation for anyone to be in, and many people spend large portions of their day thinking about what they would do if they were lottery winners themselves. While it can be fun to daydream like this, there is an unfortunate dark side to winning that people don’t often talk about.

Lottery Winners Often Lose It All

It is hard for average people to wrap their minds around the fact that the majority of lottery winners end up going broke in a short period of time. However, it can happen. The Sun reported on the tragic story of a UK couple who won big, but ultimately ended up back where they started (or worse):

Roger Griffiths and his wife Lara netted £1.8million on the National Lottery in 2005. He had worked as an IT manager and she as a performing arts teacher but both quit their jobs….

….The couple invested in property and a beauty salon but the financial crash saw the value of their portfolio plummet. And on New Year’s Eve 2010, the couple’s home went up in flames – a disaster which was made worse by the house being underinsured. By 2013 the money had gone and the couple had split up, each blaming each other for the reversal in their fortunes.

Their story is not an isolated event, and it turns out that throwing a large sum of money into someone’s lap does not suddenly change their fortunes as far as how they manage those funds. Their behaviours remain the same (or get worse), and they sometimes end up in a weaker financial position than they were before they ever won the lottery in the first place. The glitz and the glamour that the lottery promotes about its top prizes often turn into a nightmare when they play out in reality.

How can a person who is accustomed to dealing with nothing more than a week or two weeks’ worth of salary suddenly find themselves managing sums that are equal to a lifetime or more worth of hard work? It is a stressful situation that sends many lottery winners over the edge. They have the competing impulses of wanting to spend lavishly on things that they could never afford before, while at the same time wanting to retain the money that they have made from the lottery. It is not easy to handle this level of responsibility for anyone, and it can cause some people to crack under the pressure.

The Guardian reports that many lottery winners find themselves not only with a large sum of money, but also with a newly formed drink and/or drug problem on their hands. Perhaps they use alcohol and drugs to try to cope with the stress that comes with winning the lottery, but the result is the same regardless of their intentions. They experience negative outcomes with their mental health, and they have financial pressure that they never would have expected to deal with after winning such large sums. They end up with more problems on their hands than they had before they ever won the money. It is the dark side of the lottery that promoters never talk about.

There Are More Realistic And Sustainable Paths To Wealth

Pinning your financial future to winning the lottery is entirely unrealistic. The odds against winning top prizes in the lottery are incredibly high, and the games themselves are designed to be net losers for the players (otherwise they would not exist). Thus, it is better to have a more realistic and well-thought-out plan for achieving your financial goals.

Instead of taking the risks that the lottery poses to both winners and losers, you should consider sitting down with a knowledgeable and experienced financial advisor to discuss planning for the future in a way that is sustainable and that can lead you to a place where you find yourself both mentally and financially stable. If that sounds appealing to you, then make a plan today to have a consultation with our Chartered Financial Planner, Claire Markham at clm@fhmanning.co.uk.